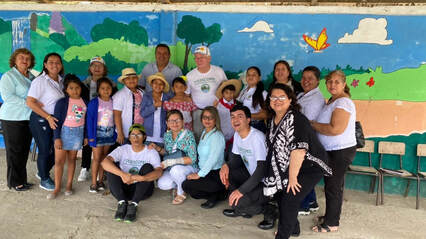 What is the Endocrine System?
​
Endocrine systems, also referred to as hormone systems, are found in all mammals, birds, fish, and many other types of living organisms. They are made up of:
Why are Hormones Important?

Hormones act as chemical messengers that are released into the blood stream to act on an organ in another part of the body. Although hormones reach all parts of the body, only target cells with compatible receptors are equipped to respond. Over 50 hormones have been identified in humans and other vertebrates.
Hormones control or regulate many biological processes and are often produced in exceptionally low amounts within the body. Examples of such processes include:


Much like a lock and key, many hormones act by binding to receptors that are produced within cells. When a hormone binds to a receptor, the receptor carries out the hormone's instructions, either by altering the cell's existing proteins or turning on genes that will build a new protein. The hormone-receptor complex switches on or switches off specific biological processes in cells, tissues, and organs.

Some examples of hormones include: The endocrine system, made up of all the body's different hormones, regulates all biological processes in the body from conception through adulthood and into old age, including the development of the brain and nervous system, the growth and function of the reproductive system, as well as the metabolism and blood sugar levels. The female ovaries, male testes, and pituitary, thyroid, and adrenal glands are major constituents of the endocrine system.
​Where are Endocrine Glands Located in the Human Body?
Pancreas - The pancreas is responsible for producing glucagon and insulin. Both hormones help regulate the concentration of glucose (sugar) in the blood.

How Can Chemicals Affect the Endocrine System?

Scientific research on human epidemiology, laboratory animals, and fish and wildlife suggests that environmental contaminants can disrupt the endocrine system leading to adverse-health consequences. It is important to gain a better understanding of what concentrations of chemicals found in the environment may cause an adverse effect. Various types of scientific studies (epidemiology, mammalian toxicology, and ecological toxicology) are necessary to resolve many of the scientific questions and uncertainty surrounding the endocrine disruptor issue. Many such studies are currently underway by government agencies, industry, and academia

What are Concerns Regarding Endocrine Disruptors?

In the last two decades there has been a growing awareness of the possible adverse effects in humans and wildlife from exposure to chemicals that can interfere with the endocrine system. These effects can include:


Clear evidence exists that some chemicals cause these effects in wildlife, but limited evidence exists for the potential of chemicals to cause these effects in humans at environmental exposure levels. Very few chemicals have been tested for their potential to interfere with the endocrine system. Current standard test methods do not provide adequate data to identify potential endocrine disruptors (EDs) or to assess their risks to humans and wildlife.

In recent years, some scientists have proposed that chemicals might inadvertently be disrupting the endocrine system of humans and wildlife. A variety of chemicals have been found to disrupt the endocrine systems of animals in laboratory studies, and there is strong evidence that chemical exposure has been associated with adverse developmental and reproductive effects on fish and wildlife in particular locations. The relationship of human diseases of the endocrine system and exposure to environmental contaminants, however, is poorly understood and scientifically controversial (Kavlock et al., 1996, EPA, 1997).

How Can Chemicals Disrupt the Endocrine System?

Disruption of the endocrine system can occur in various ways. Some chemicals mimic a natural hormone, fooling the body into over-responding to the stimulus (e.g., a growth hormone that results in increased muscle mass), or responding at inappropriate times (e.g., producing insulin when it is not needed). Other endocrine disruptors block the effects of a hormone from certain receptors (e.g. growth hormones required for normal development). Still others directly stimulate or inhibit the endocrine system and cause overproduction or underproduction of hormones (e.g. an over or underactive thyroid).

Certain drugs are used to intentionally cause some of these effects, such as birth control pills. In many situations involving environmental chemicals, however, an endocrine effect is not desirable.

What are Examples of Endocrine Disruption?

One example of the devastating consequences of the exposure of developing animals, including humans, to endocrine disruptors is the case of the potent drug diethylstilbestrol (DES), a synthetic estrogen. Prior to its ban in the early 1970's, doctors mistakenly prescribed DES to as many as five million pregnant women to block spontaneous abortion and promote fetal growth. It was discovered after the children went through puberty that DES affected the development of the reproductive system and caused vaginal cancer.

Since then, Congress has improved the evaluation and regulation process of drugs and other chemicals. The statutory requirement to establish an endocrine disruptor screening program is a highly significant step.
Growing scientific evidence shows that humans, domestic animals, and fish and wildlife species have exhibited adverse health consequences from exposure to environmental chemicals that interact with the endocrine system. To date, such problems have been detected in domestic or wildlife species with relatively high exposure to:

Effects from exposure to low levels of endocrine disruptors has been observed as well (e.g., parts per trillion levels of tributyl tin have caused masculinization of female marine molluscs such as the dog whelk and ivory shell). Adverse effects have been reported for humans exposed to relatively high concentrations of certain contaminants. However, whether such effects are occurring in the human population at large at concentrations present in the ambient environment, drinking water, and food remains unclear.

Several conflicting reports have been published concerning declines in the quality and quantity of sperm production in humans over the last 4 decades, and there are reported increases in certain cancers (e.g., breast, prostate, testicular). Such effects may have an endocrine-related basis, which has led to speculation about the possibility that these endocrine effects may have environmental causes. However, considerable scientific uncertainty remains regarding the actual causes of such effects.
Nevertheless, there is little doubt that small disturbances in endocrine function, particularly during certain highly sensitive stages of the life cycle (e.g., development, pregnancy, lactation) can lead to profound and lasting effects (Kavlock et al., 1996. EPA, 1997).